A Look Into the World of Culinary Cannabis

The state of cannabis in 2021 is a far cry from the past, and even in comparison to just 5-10 years ago. Increased legalization means there are constant developments of what is going on in the industry, and cannabis restaurants and lounges are a fantastic example of this. We’re here to explore the ins-and-outs of these special types of establishments: What is the history of weed cafes? What is the typical patron experience? Why or why not can certain regions have businesses like this?

Well, to start, not all cannabis restaurants and lounges are created equal. Some establishments serve regular food and allow smoking. However, some actually serve cannabis-infused foods. Each business model offers patrons very unique experiences, which hardly ever feel the same from place-to-place.

For the United States, cannabis-friendly eating establishments are new, but that doesn’t mean it's new to the world. One of the original forms of this concept is what are called “coffeeshops” in the Netherlands. In Amsterdam, there are approximately 250 of these businesses, mainly located in their Red Light District. Each of these have their own unique atmosphere, from trendy and tourist-friendly to small and local. These businesses lawfully sell cannabis for personal use and public consumption, and also often serve drinks and food. While these places are a public space to consume cannabis, they also serve as social spaces for meeting people, playing games, and other activities.

The Netherlands have unique policies regarding "soft drugs" (this includes substances like cannabis, shrooms, and DMT), which is why there is much more lenience there than in the United States. While cannabis coffeeshops are completely legal, these establishments operate under strict guidelines. For example; no other drugs, or even alcohol is permitted to be sold or consumed, and doing so risks shutdown of these businesses. Other rules that need to be followed include no sales exceeding 5 grams, no public disturbances, and a required distance of 250 meters from schools.

WHERE ARE CANNABIS CAFES LEGAL? 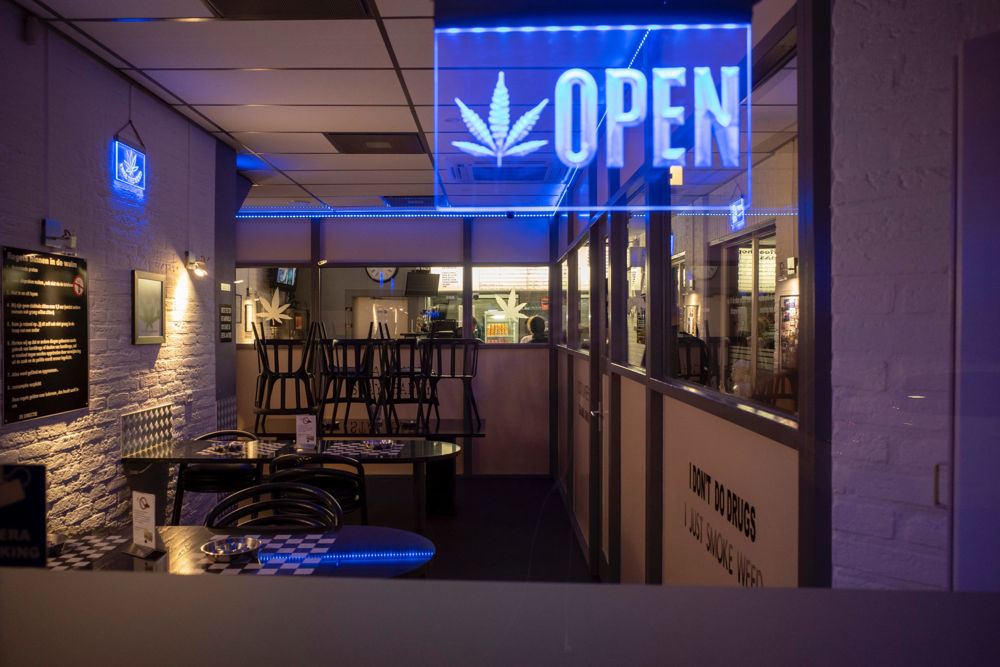 The legality of public cannabis consumption is tricky, to say the least. As of this year, 19 states within the United States have legalized recreational weed use. However, the number of places that allow public consumption is a much lower number. Let’s take two states where cannabis is legal recreationally as examples: California and Washington State. In California, where weed is legal both medically and recreationally, that legality extends to public consumption in the case a cannabis consumption license is granted. But when it comes to Washington State where it is also legal medically and recreationally, the same does not apply to public consumption laws, even in designated business. Applicants for onsite cannabis consumption licenses can be extremely difficult to obtain, as the requirements that need to be met are quite extensive. Restrictions such as expensive application and renewal fees, required security block patrol, soundproofed areas, and no sale of alcohol. These and more factors show how expensive and restrictive obtaining these licenses can be. While it would be awesome if more recreationally legal states had the ability to open more of these businesses, it’s easy to see where things get complicated. 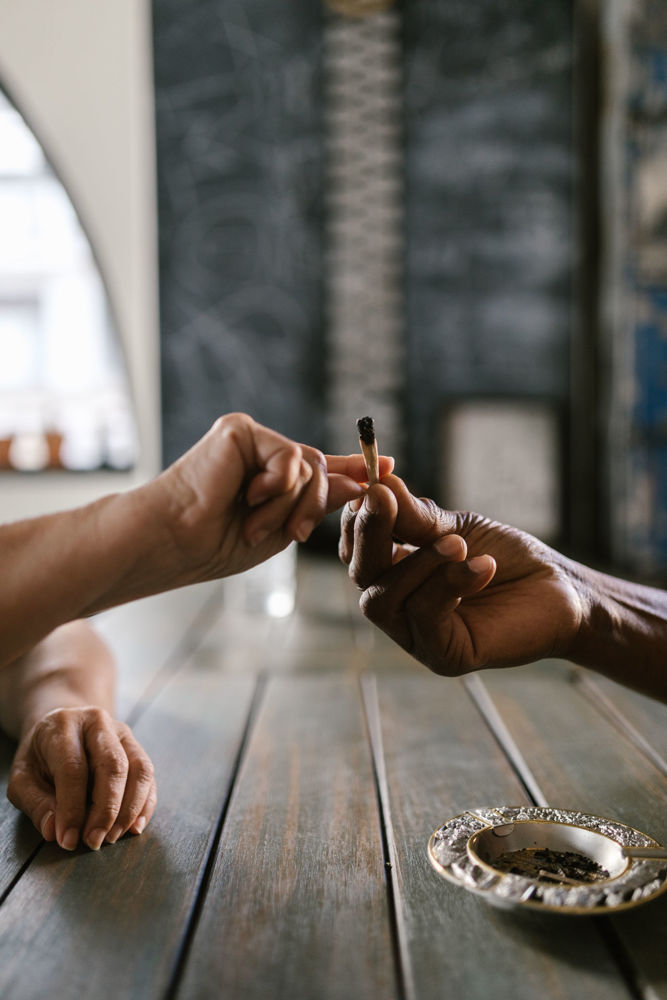 Cited as the first-ever cannabis smoking restaurant in the United States, Lowell Farms’ Cannabis Cafe in West Hollywood, California is a beautiful example of the current state of cannabis in the United States. I mean, it’s hard to believe that you can go to a classy establishment to eat delicious food, enjoy a refreshing drink, and puff on a joint all at once. It’s truly a thing of magic!

At this famous Hollywood spot, they do not infuse their delicious meals with cannabis. Rather, they sell pre-packaged cannabis-infused goodies for purchase, as well as pre-rolled joints that you can smoke while you enjoy your meals. So with this experience, your high won’t be settling in on your drive home, instead you’ll be getting a nice buzz with your meal. I mean, many adults already enjoy a boozy brew with their meals, so this system is quite apt! Especially with the fact that cannabis usually leads to “the munchies,” guaranteeing you an even more enjoyable meal. Lowell Farms’ Cannabis Cafe offers a couple different ways you can indulge in cannabis with your meal. You can purchase weed directly there, or rather, you can BYOB - Bring your own bud! This does involve a “tokage fee” however, similar to a corkage fee. Even if you bring your bud from home, you can pay for what is called a “Flower Host” to roll up a joint for you right at your table. That’s pretty dang awesome!

The second form of cannabis restaurants are those that actually infuse their food offering with cannabis! Edible cannabis has developed from making barely-measured brownies in your kitchen, to buying gummies from a dispensary, and now it’s in a completely new realm. While these are certainly difficult to come by, (hell, all weed restaurants are!) the fact that restaurants like this exist in the United States is awesome in itself! A great example of a cannabis-infused fine dining experience is at PopCultivate in California. This unique company combines delicious food, cannabis, art, and music for an absolutely unforgettable guest experience. They are a self-proclaimed “chef driven culinary group” that focuses on the intricate scientific art of infusing foods perfectly to provide the customer with a pleasant, controlled buzz. 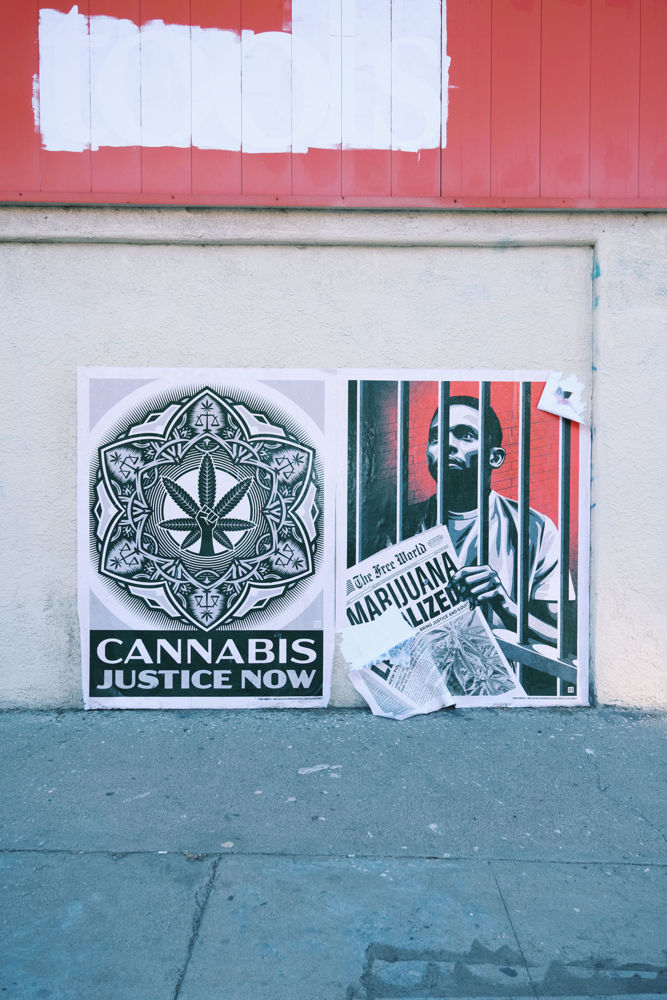 When we delve into the luxurious world of culinary cannabis, there is a glaring contrast that is hard to ignore. The simple fact is that there are estimated to be 40,000+ people in the United States alone currently serving prison sentences for the exact substance others are making a respectable living on. A vast majority of these incarcerations are everyday people in possession of small amounts of weed: These aren't drug kingpins, and most of these offenses are non-violent. This comparison of course doesn't solely lie within the growing culinary weed world, but it certainly is something that makes you think twice. Especially with the knowledge that Black people are nearly four times as likely to be arrested for marijuana than White people, there's no denying that cannabis consumption tends to be far more societally acceptable if you're White and affluent. These clear contrasts display a disparity between privileged populations and marginalized populations in terms of cannabis use that needs to be addressed more. If you're interested in learning more about this topic, read our past blog: Incarcerations & Racial Disparity in a Legalizing World. 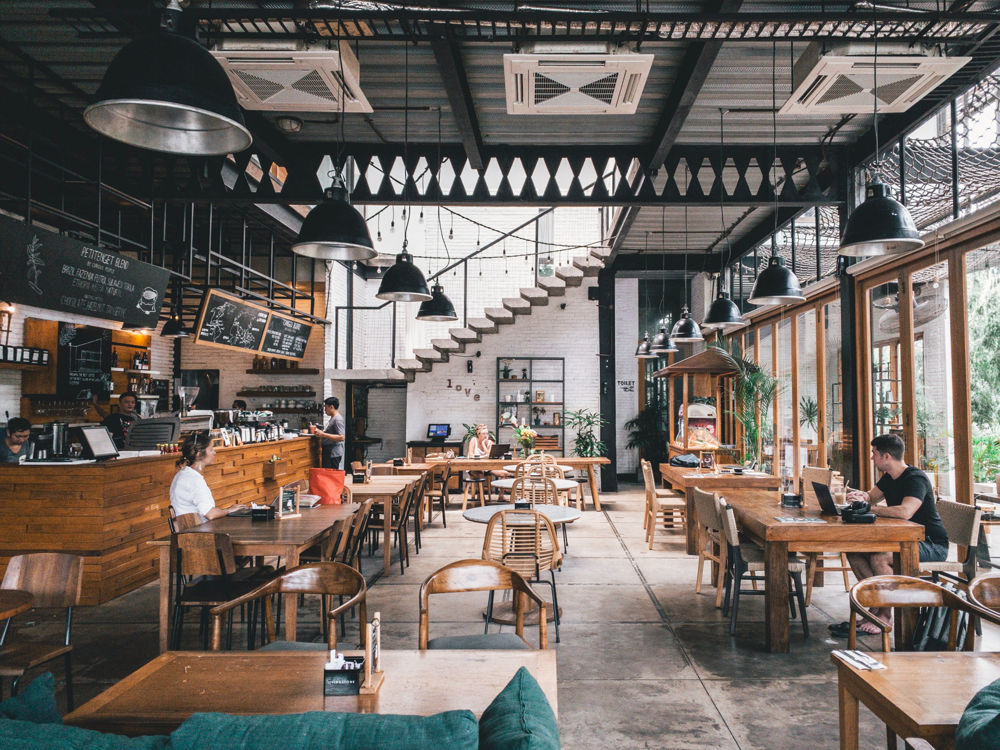 It's easy to see why the demand for cannabis restaurants and cafes are increasing as weed gets increasingly legal and increasingly popular. I mean, come on, who wouldn’t want to enjoy a freshly rolled joint with a plate of nachos? While it may be a long while until places like these pop up in your state, it's worth keeping an eye out for. You never know what to expect in this growing industry!