Browse our selection of TOP DEALS
10% off First Order with Code Welcome!
Menu

All About Carb Caps

WHAT IS A CARB CAP?

When you're new to dabbing, all the different components and steps can be daunting. But, it doesn't have to be! Once you understand the basics, the rest comes easy, and you'll be curating your perfect personalized dabbing setup in no time. A carb cap is easily one of the most important tools you could own for dabbing. "Carb" is short for "carburator," which are inside cars to control pressure and airflow in an enclosed space. You know that hole you have to cover when taking a hit from a hand pipe? That’s the carb hole: It halts the flow of air while you take a rip, because if you’re lighting up and inhaling with an open flow of air, you won’t extract nearly as much smoke.

When it comes to carb caps for dabbing, it serves a similar purpose, but instead is a separate tool to place over the nail to create a seal. The purpose of this seal is to lock in heat and air pressure within the nail, and in turn, the rig itself. Once you heat your banger nail and drop in your wax, that’s when it's time to apply the carb cap. Hold it on, cover and uncover the hole or swirl it around, depending on which style you have. Carb caps come in all shapes and sizes: Bubble, flat, and directional are the main styles on the market. We’ll delve further into different types of carb caps and their benefits!

WHY USE A CARB CAP? 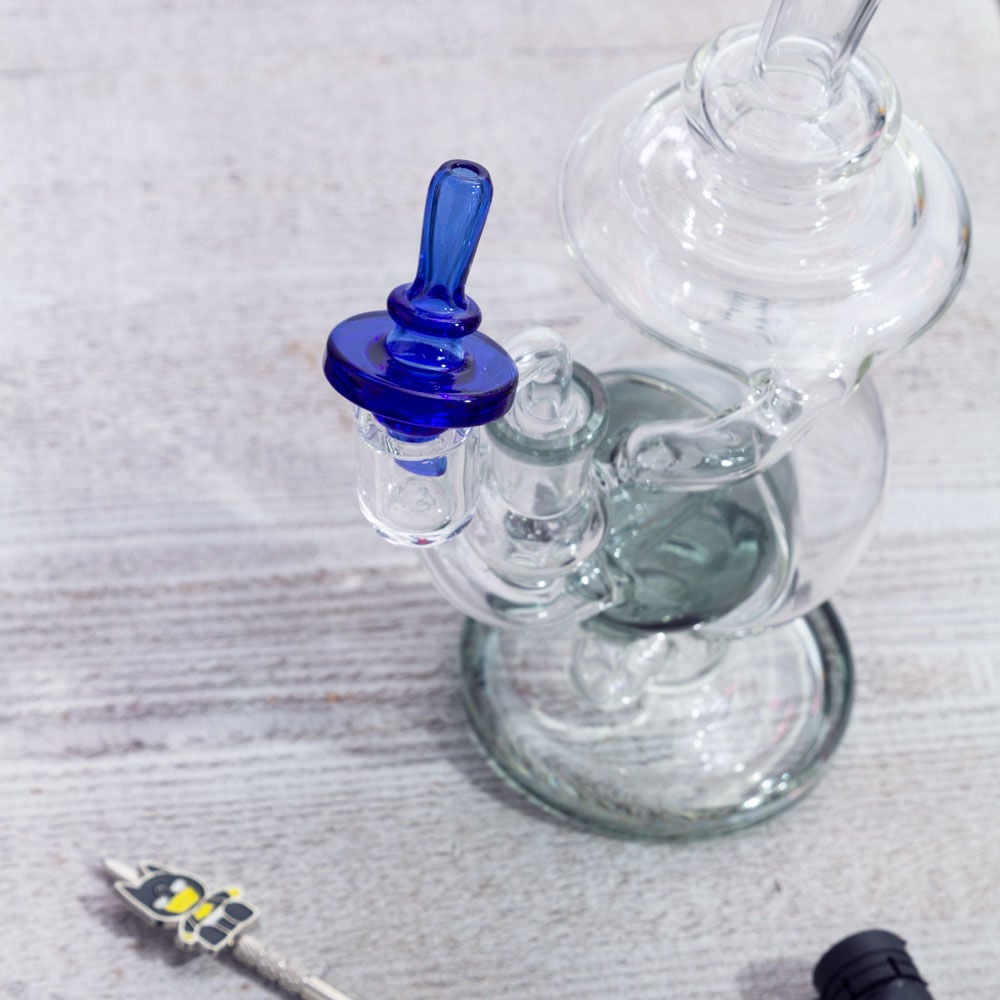 Carb caps are a vital tool for extracting the maximum flavor and potency from your concentrates. Without one, you’re likely to lose a fair amount of vaporized wax, which results in lots of waste. The carb cap’s seal prevents losing any of that precious wax! On top of that, for those who prefer low-temp dabbing, they’re even more important, if not required. The carb cap retains the heat in your nail very efficiently, which allows the user to dab at a lower temperature. At the end of the day, this isn't a place to cut corners if you're aiming for the most quality experience possible. 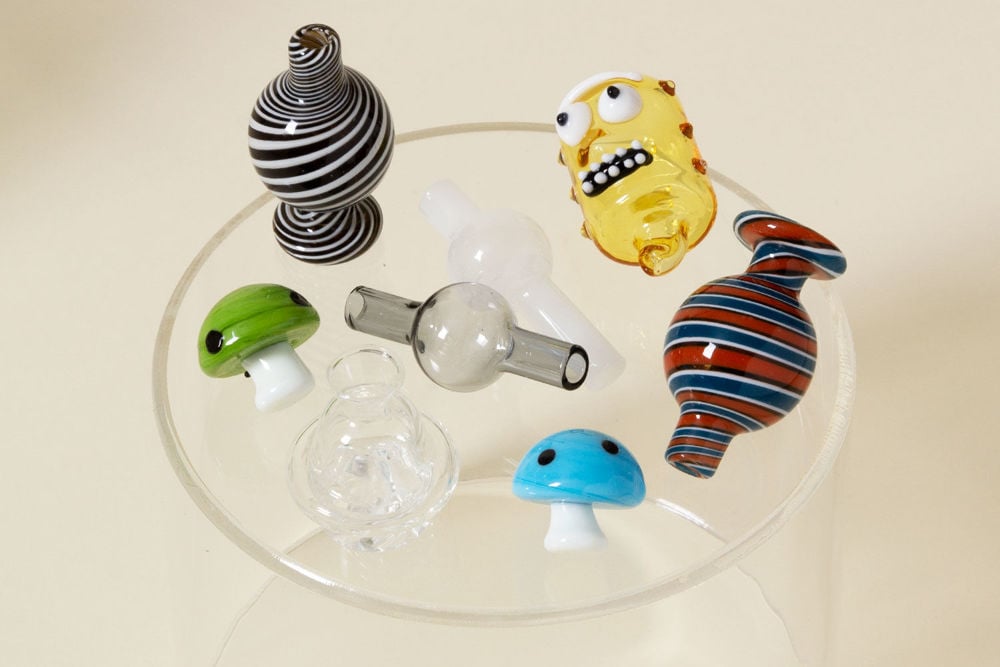 Standard/Flat Carb Caps: A solid carb cap is basically what it sounds like: A solid piece of glass in a shape that creates a plug on the dab nail. These will usually be flat or rounded, since these are good shapes to create a seal on both flat and slanted nails! This type of carb cap is equipped with no openings or tubes; Instead, it’s just a piece of glass (or sometimes titanium) that blocks the flow of air in your dab rig. This style is great for beginners, or those who prefer to keep it simple. Because there’s no holes or tubes, a standard carb cap is used simply by applying and removing it from the nail while inhaling. 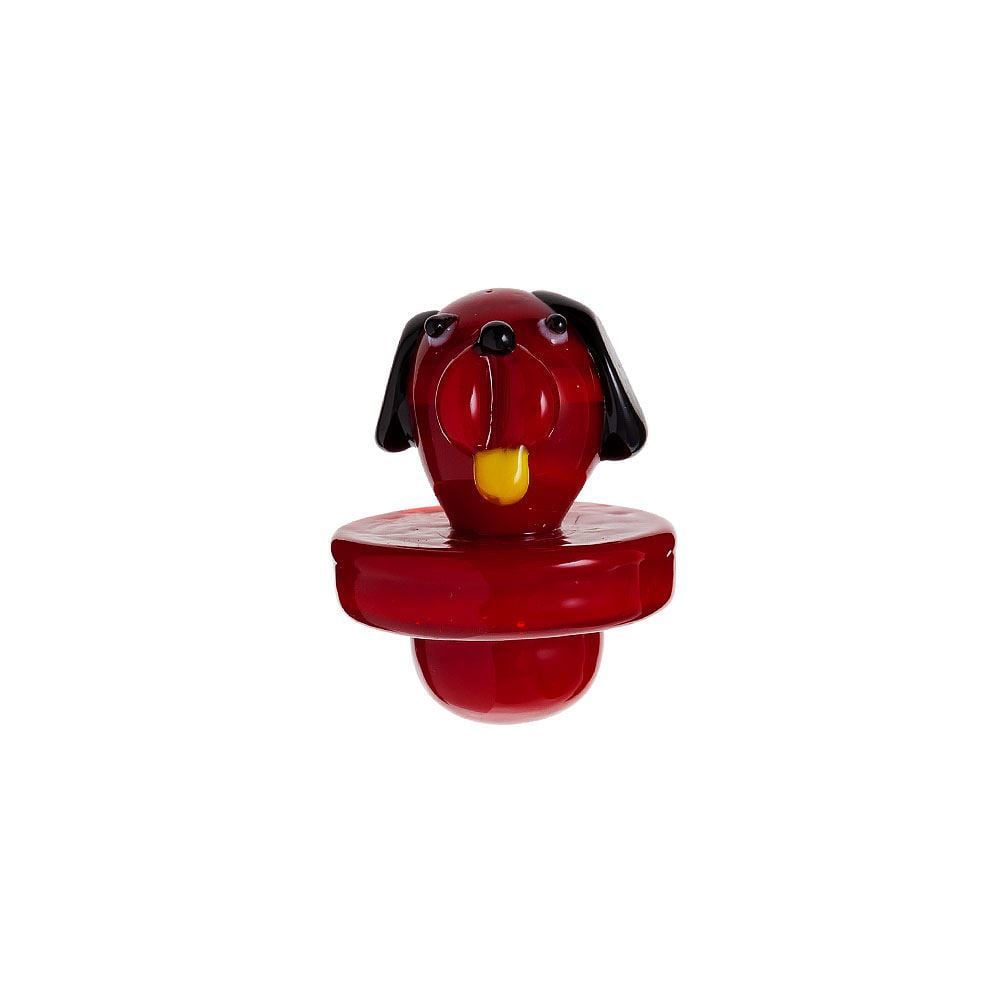 Bubble Carb Caps: Bubble carb caps are a dabber staple, and arguably the most popular out of the bunch! It's a hollow, spherical tool with a carb hole on the handle, and a hollow tube at the bottom. Bubble cabs are a huge dabber favorite, because they're some of the most effective at utilizing all of your wax, and generating maximum airflow. Due to the simple round shape, these work with nearly all style of quartz dab nails. This type of carb cap is utilized by swirling it around the bowl of your nail, while covering and uncovering the hole. (Bonus tip: Get a set of terp pearls to optimize vaporization and heat distribution for even better dabs!) 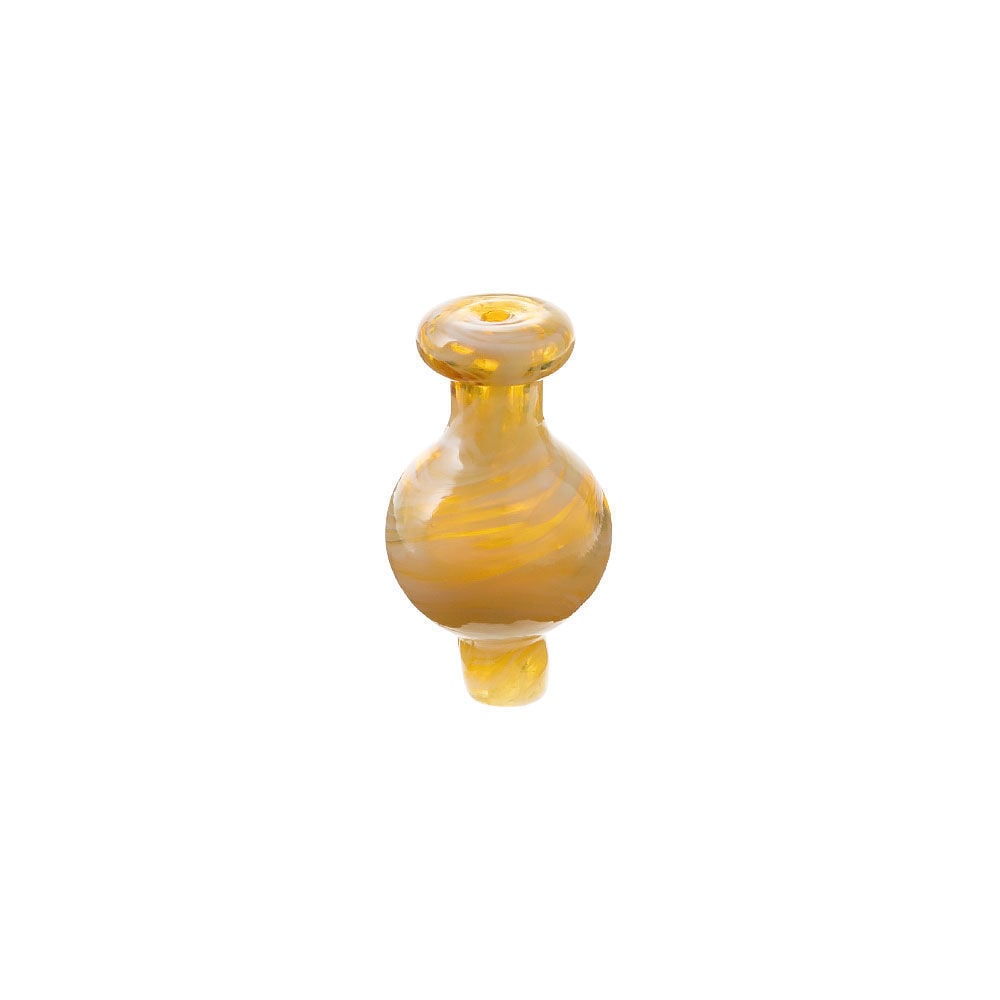 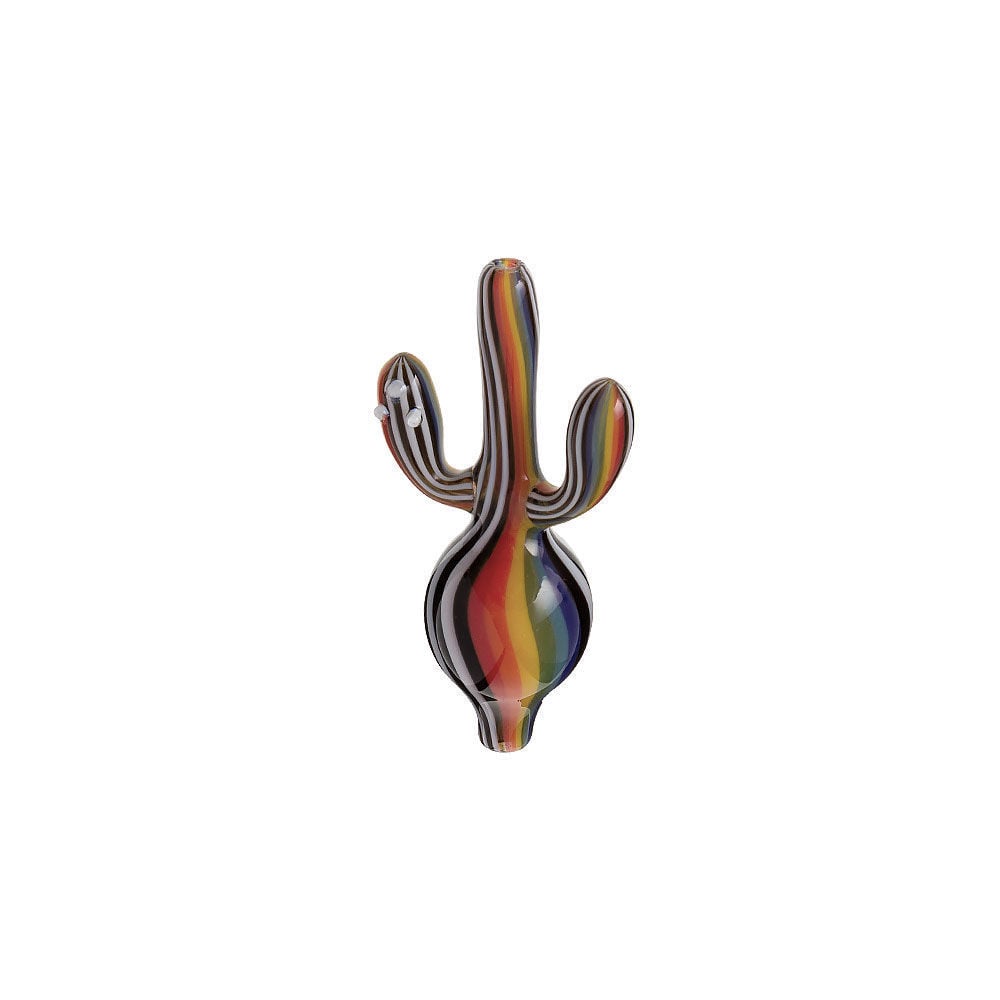 Directional Carb Caps: Directional carb caps are an amazing option if you’re looking for a tool that expertly aids in vaporizing every bit of concentrate in the nail, while simultaneously extracting maximum flavor. What makes a carb cap “directional” is the distinctive curved tube at the bottom: The angle of the tube quite literally directs airflow in one direction, creating a tornado of vapor within the nail. This “tornado” works to evenly distribute heat and air around the bowl of the nail, which is how they so effectively vaporize all of the wax you drop in. Why waste a bit when you can salvage everything? Use a directional carb cap by holding it on the nail while uncovering and covering the hole. If you need a little extra airflow, swivel it back and forth. 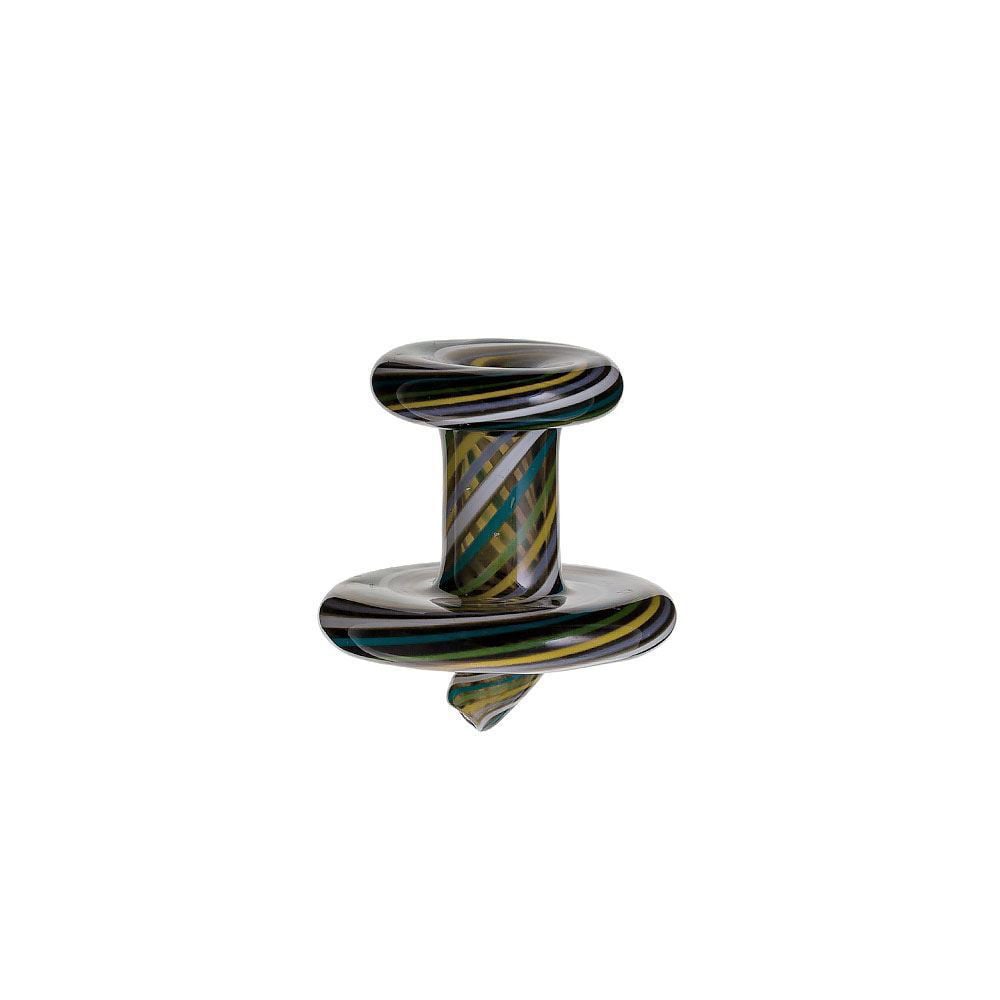 It’s inarguable that a carb cap is a necessity for dabbing, but the style that’s right for you is what makes the difference! It’s totally a matter of personal preference in function and aesthetics, and what you want out of your dabbing experience. We hope this blog has assisted you in your search for the perfect carb cap. If you have any questions, comment below!