Search
Shopping cart
Happy Dabsgiving! What is the Entourage Effect?
Back to All Blog Posts

Your Basic Guide to Bubblers

If you haven’t smoked out of a bubbler before, you’re probably wondering what these weird little contraptions are, and what kind of advantages they have over other smoking devices. We’re here to answer that question and help you get familiar with some of the different styles you’ll come across when browsing for bubblers.

What is a Bubbler?

A bubbler is a something between a dry hand pipe on steroids and a water pipe shrunk down to hand-held proportions. They’re far more portable than your average bong, and offer significantly more pleasant hits than a dry glass pipe, because they use a water chamber for an element of diffusion. Bubblers are often pieces with big personality, showcasing the insane artistic possibilities of colored and textured glass:

but they come in more reserved and scientific styles as well: 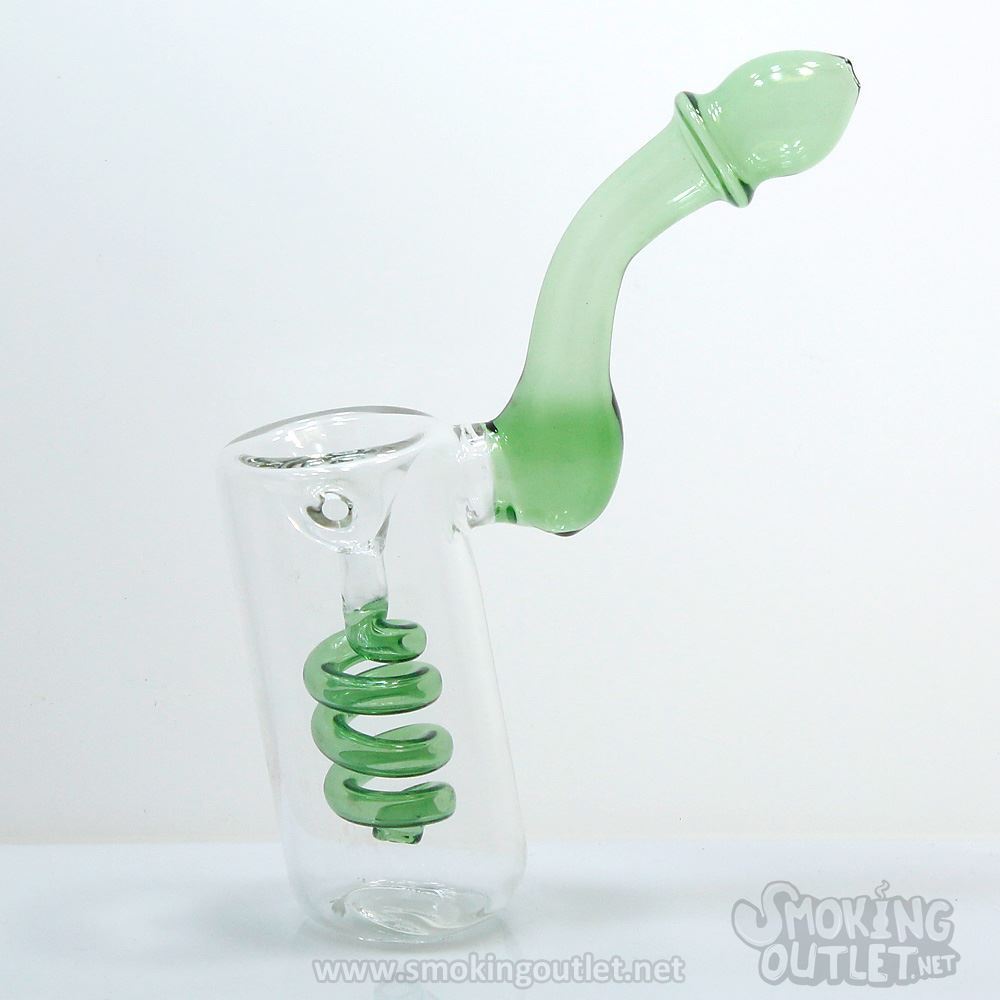 How do They Work?

Since bubblers are basically mini water pipes, they function in exactly the same way. When you take a hit off one of these pieces, the smoke will pass through a small tube that dips below the water. This diffuses the smoke, which bubbles up through the water and actually becomes vapor after shedding some debris and the bigger molecules that make smoke so harsh. It pretty much works just like a water pipe to deliver a smooth, cooled hit in a smaller size.

What are All These Crazy Shapes?

Good question. You’re going to see a lot of wacky designs when looking for a bubbler, but nearly all of them will fall into one of these four categories.

One of the more popular bubbler designs is the Sherlock. These take the classic “S” shape of the dry herb Sherlock pipe and turn it into a piece that stands on its own (literally). You’ll find classic and simply-styled Sherlock bubblers, but the curved shape offers plenty of opportunities for crazy designs like the one below. 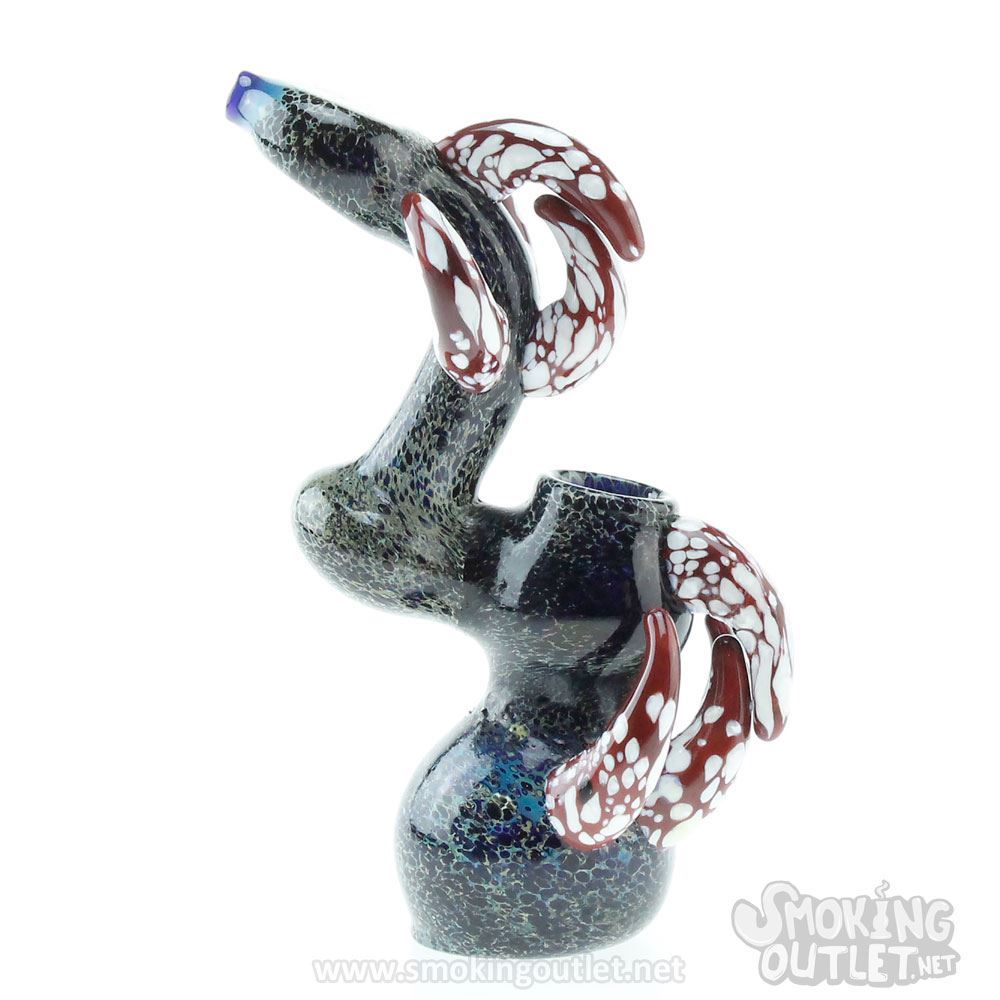 Double bubblers are pieces that have two chambers, usually with two separate percolators. Naturally, this means double the diffusion and filtration of smoke, which leads to an experience that’s twice as nice. But it doesn’t stop there; you’ll also find pieces that house three, or even four chambers. These pieces can really be gorgeous to look at, and with how much filtration they provide, it makes sense that these are a favorite. 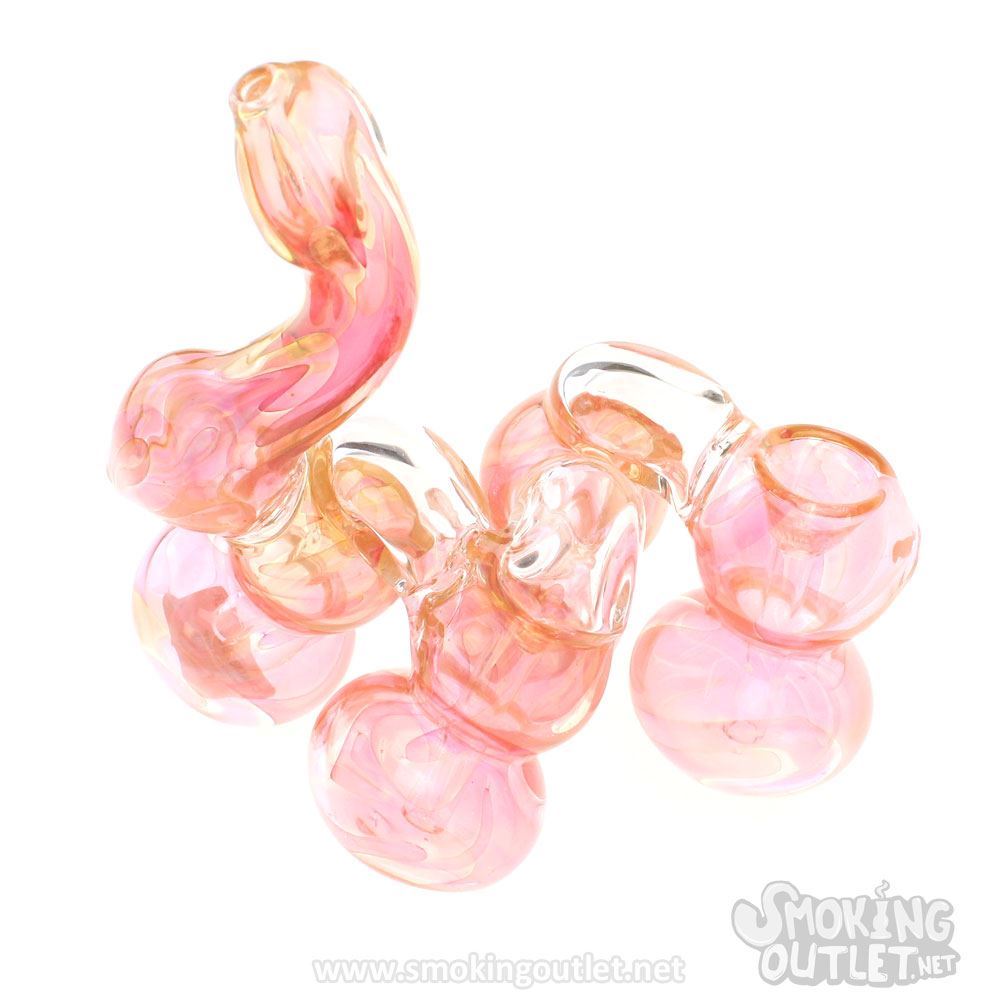 If stability is a concern for you, consider bringing down the hammer! These bubblers are designed with the mouthpiece resting on your table or counter, that moves up diagonally to join a large and fairly heavy “hammer head” housing the bowl and water chamber. Since they are longer than they are tall, there’s less worry about knocking them over. 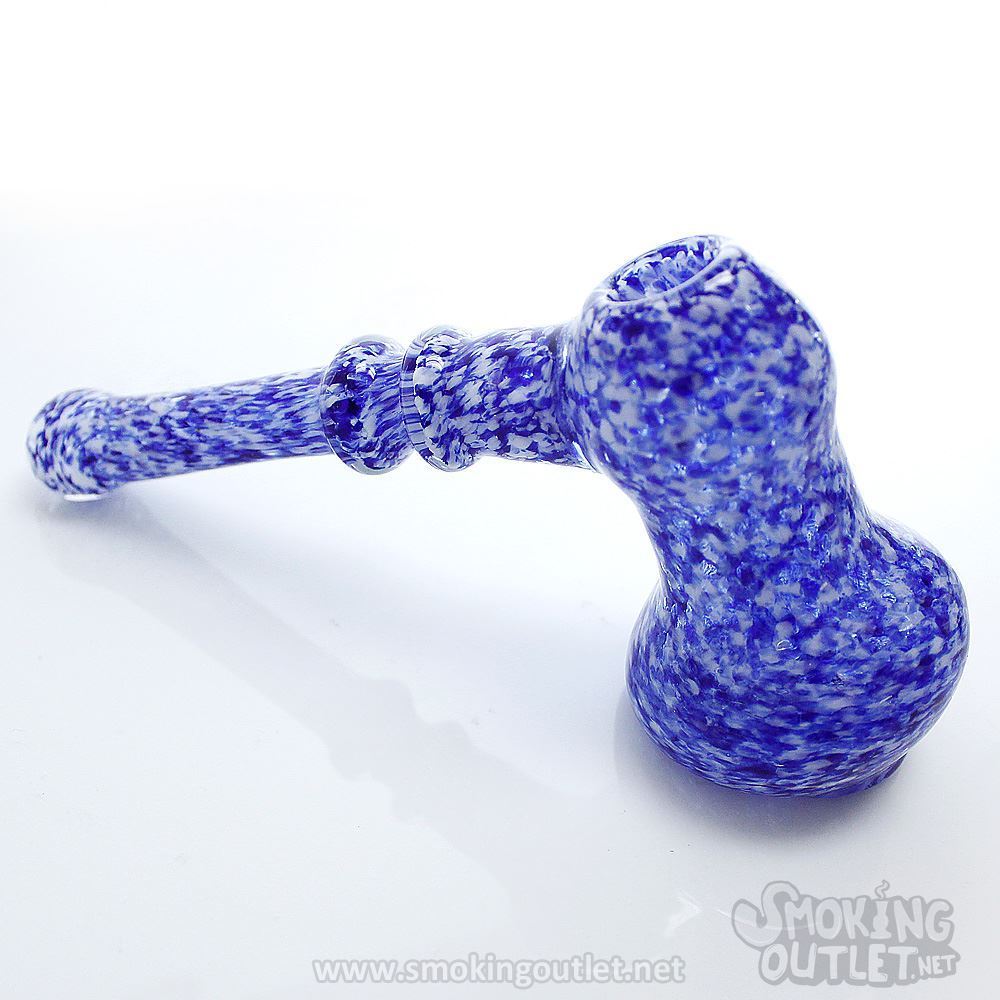 Bubblers aren’t just for dry herb! Concentrate bubblers are made to do everything a dab rig does, but in a smaller and more portable package. You can identify a concentrate bubbler just like a dab rig: it will have a nail and vapor dome or in some cases Most of these will contain a percolator of some kind, like this piece with a 4-bullet perc to cool down your dabs. 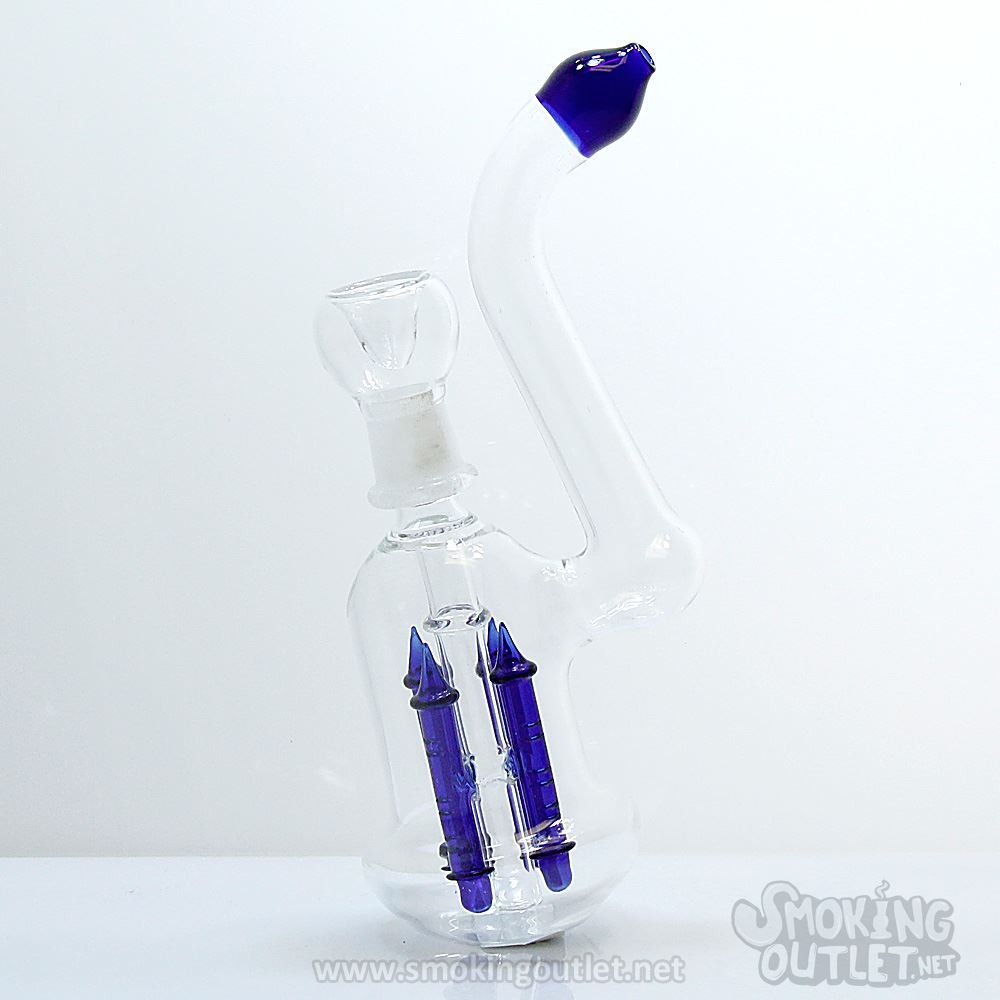 When you want the best of both worlds, you need a bubbler in hand. Check out our full selection of bubblers—you’ll find out exactly what we mean!